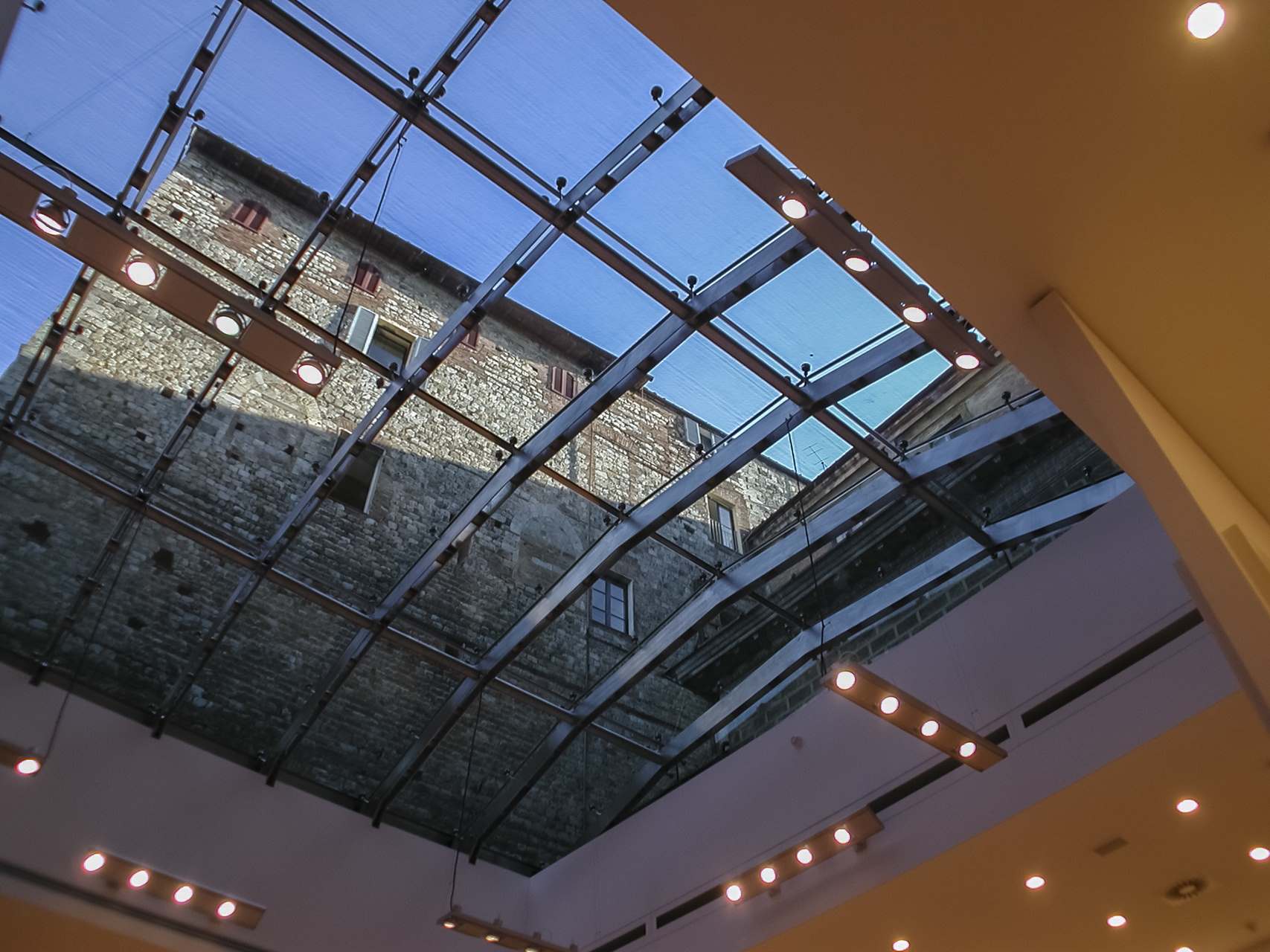 Having accomplished various renovations of several stores in the city for the same brand, the studio then reached Benetton maxistore which had taken the original position of the former National Bank of Agriculture. The focal point of the project had been the intuition to remove this old metal cover that went over the courtyard and to replace it with a glass vault that not only allowed for a better interaction between the rooms, thanks to the direct sunlight it added, but also allowed for these particular views and glimpses of the city and its towers that catch the eye and instinctively draw your attention upwards. 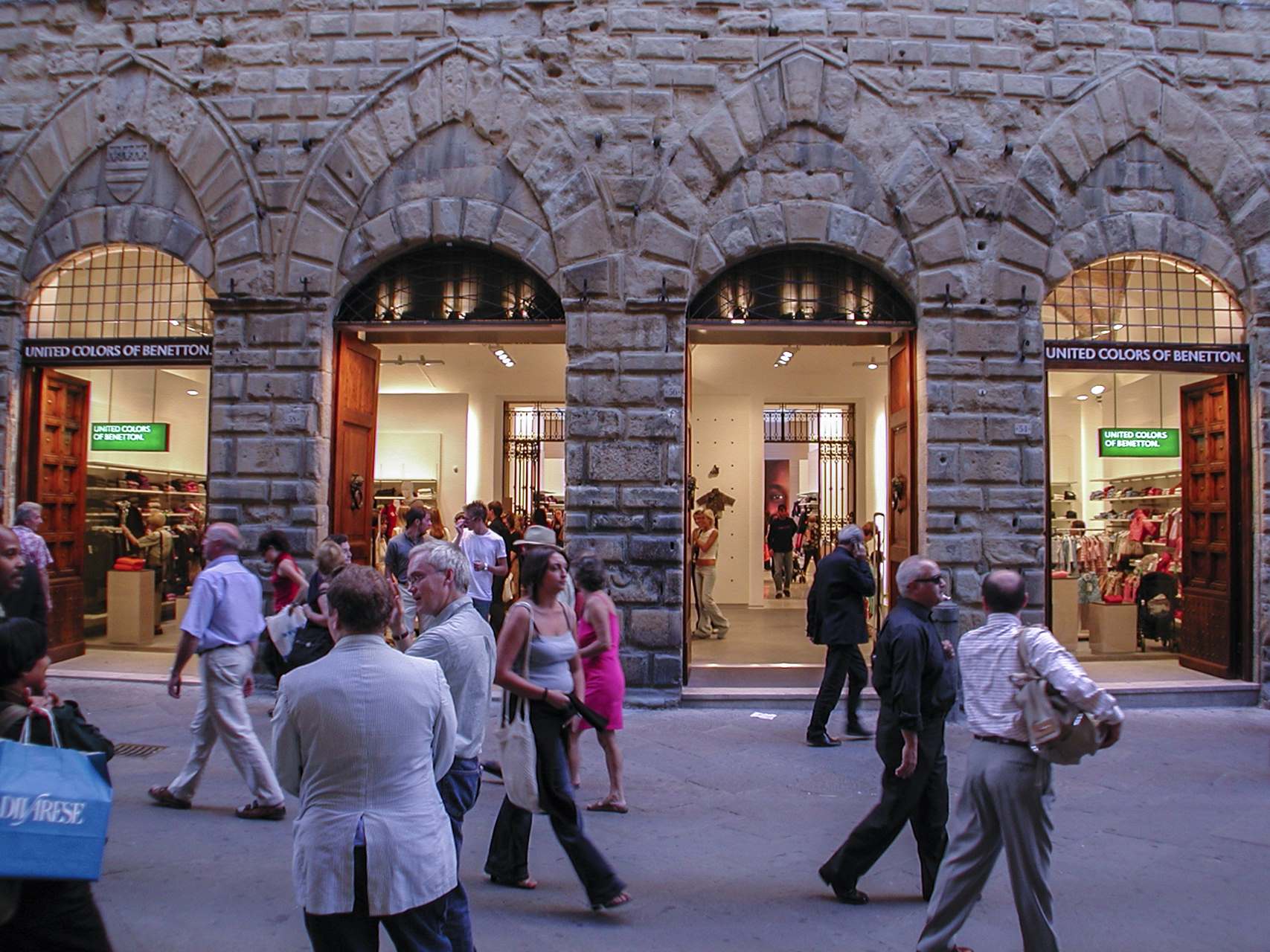 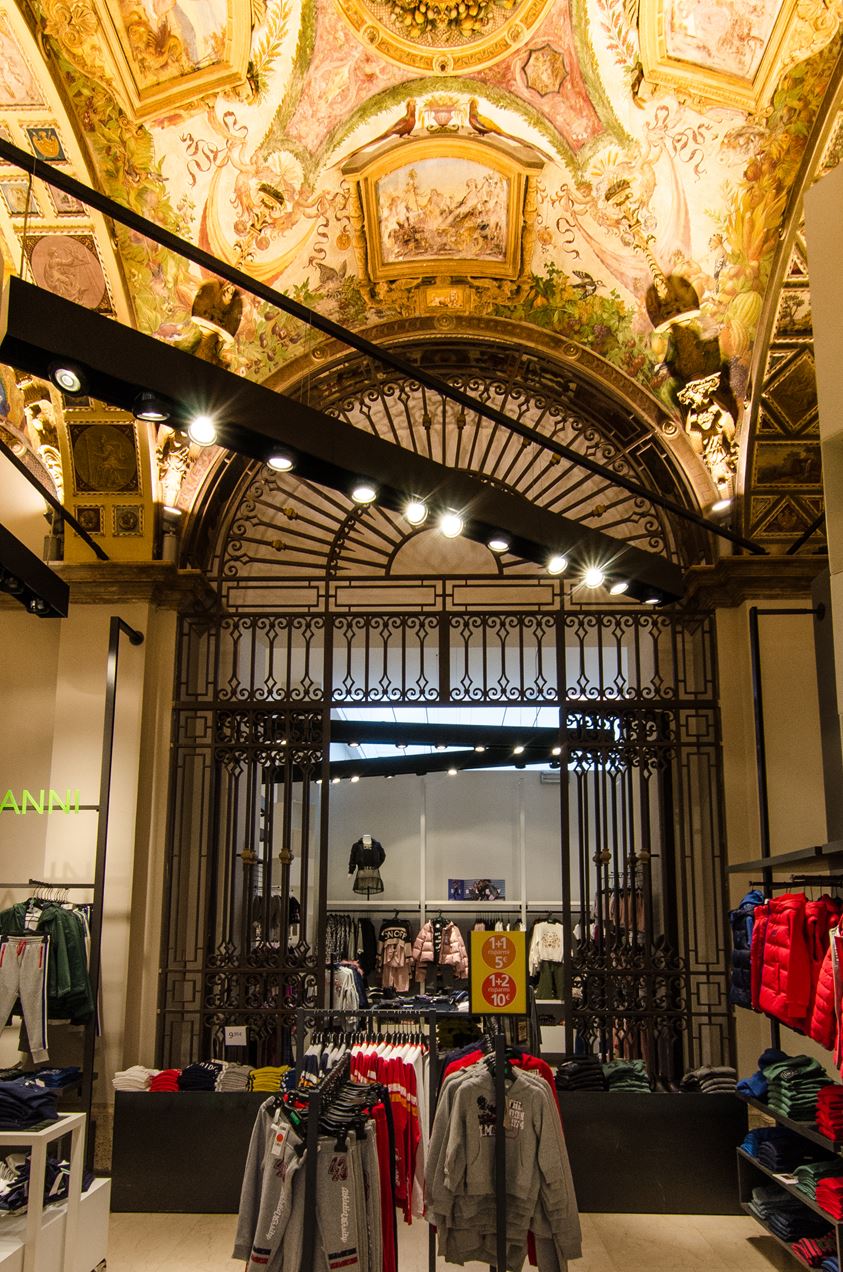 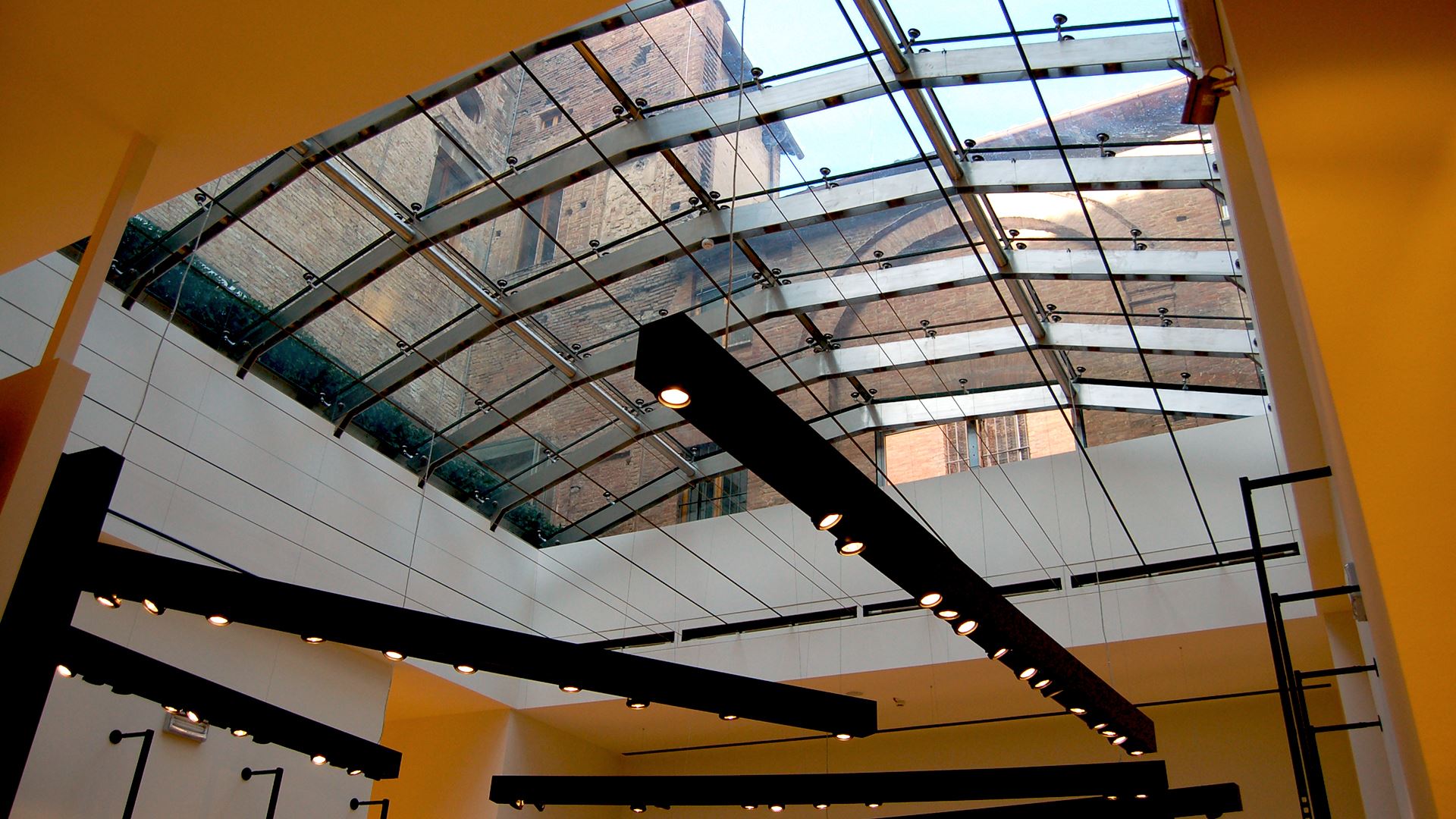